Sunil Shivaji Khandbahale is a grass-roots innovator, self-taught software engineer, social entrepreneur, and an MIT Sloan Fellow. Over the past 22 years, Sunil has used Information and Communications Technology to preserve and promote 22 Indian regional languages, to develop language technologies that continue to be used by over one hundred million users across 150 countries, and to make use of science and technology for the first time in one of India’s major pilgrimage festival – Kumbh Mela. His “Education-on-Wheels” doorstep school model, bringing education to villages via educational vans, has been widely replicated across India and other countries.

Sunil’s life-journey continues to be an inspiration to millions of youths.  His journey, spanning from being the first in his family to go to school to earn a graduate degree from one of the world’s top universities, MIT, can also be seen as a journey of surmounting the English language barrier and eventually being able to help millions of students to learn languages using technology.

Sunil was born into a poor farmer family of the Mahiravani village in the Nashik district of Maharashtra on June 1st, 1978. He had to walk barefoot, 14-kilometer daily to school. At one point, he almost had to quit his dream-of-education, because he did not know English. But with the help of a small dictionary given by a professor, he persevered, and eventually, he not only graduated but decided that he wanted to help millions of students like him who were facing similar difficulties.

He had an idea to build some sort of computer language program, but he did not know anything about programming. He applied to a computer training institute and was accepted, but was denied admission due to his inability to pay the course fees.

Inspired by the mythological story of Eklavya, the loyal and brave student in the Sanskrit epic of Mahabharata, Sunil taught himself computer programming by locking himself in a tiny room for almost six months with borrowed computer and books. After the first few months of continuous sitting, he experienced such extreme back-pain that he had to undergo tailbone-surgery. Doctors and family-members advised him to stop his madness, but he persevered, and his passion resulted in the world’s first-ever Marathi language search-engine which Sunil called “Marathi Talking Dictionary“. This search-engine became widely popular and the overwhelmingly positive response motivated him to design technology-platforms for multiple Indian languages. He worked with linguists, subject-experts, institutions, and universities throughout the nation.

Since that first project in 1998, Sunil has successfully built over one hundred of award-winning software programs for computers and laptops, applications for smartphones and tablets, web services, and SMS-based interactive dictionaries. His online digital-dictionary-translation-platform KANDBAHALE.COM presently includes Assamese, Bengali, Bodo, Dogri, Gujarati, Hindi, Konkani, Kannada, Kashmiri, Maithili, Malayalam, Manipuri, Marathi, Nepali, Oriya, Punjabi, Sanskrit, Santali, Sindhi, Tamil, Telugu, and Urdu (all the 22 official-languages of India) with an extensive vocabulary of over 10 million words and phrases. The platform is being used by over one hundred million users daily for research, translation, and second language acquisition across 150 countries.

Sunil has made all of his innovations freely available and accessible to all, in the interest of the greatest possible social impact. His other language projects, including Global-Language-Networking to unite the cultures, Global-Language-Heritage to save endangered languages, Global-Language-Environment to promote digital practices, and Global-Language-Friendship for world-peace, have contributed towards the preservation and promotion of the Indian regional languages and the engagement of communities worldwide.

In 2016, after graduating from Massachusetts Institute of Technology, instead of joining the lavish corporate-world, Sunil chose to return to India to serve his home country.

He has been globally recognized for his innovative “two-fold-social-engineering” approach to create opportunities for the local human capital and solve grass-roots social-challenges by bringing people and technology together.

His technology initiative called “Kumbhathon” (Hackathon-for-Kumbh) originated during the Kumbh-Mela, the world’s most populated pilgrimage and holy-festival event in 2015 in Nashik; Sunil conceptualized the “multi-stakeholder-technology-innovations model” for the success of. He brought together the local government, industry-entrepreneurs, innovators, academia, communities and invited technologists from Google, Facebook, Microsoft, Twitter and scientists from MIT, Harvard, Stanford to solve diverse challenges such as transportation, communication, accommodation, health, hygiene, injuries and accidents, safety, security, and clean food and water. This initiative led to over 20 start-ups and the establishment of a permanent innovation-incubation-entrepreneurship center in Nashik. 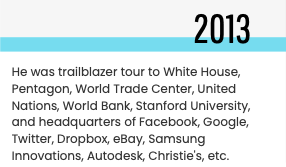 He had been the guest of honor and keynote speaker at multiple global events. http://sunilsunilkhandbahale.com/category/talks/

He has been closely working with renowned scientists, technologists, and global thought leaders. http://sunilsunilkhandbahale.com/category/interviews/

He has been featured by national and international print media.

He has been featured by regional print media.

He has been featured and interviewed by electronic media. video link to electronic news/media: https://youtu.be/01XTnyHYSOk and at http://sunilsunilkhandbahale.com/category/video/

Impact of the work

Contribution to the Field

His contribution of over hundreds of award-winning (1) offline Software language-based programs for Windows Computer and Laptop, (2) offline Android Applications for Smartphone and Tablet, (3) online Web-Services for browsers and (4) on-demand language-based Short-Massaging-Services technologies, and (5) online multi-sided intuitive digital technology crowd-based platform for knowledge-based content creation and collaboration, has set guidelines for developers communities on language-based technology-development. He has designed-developed Indian languages (6) spell-check technology and (7) cross-platform search-engine algorithm. He invented India’s (8) artificial intelligence (AI) based voice interactive technology for touch-less web-surfing experience in early 2000. He has set up (9) Internet-based radio broadcasting services for Indian languages and (10) time-specific audio streaming technology-based web-apps to promote Indian classical based music. He was an early developer of (11) speech-based accessibility enabled software technologies for visually challenged computer users to access computers independently in early 2000. He has set up (12) 24×7 Science and Technology Internet-based Radio broadcasting station to create awareness about the field and relevant opportunities among youths of India. He has influenced (13) to make the use of cellphone tower data and (14) AI + deep-machine-learning to understand the behavior and control traffic of public mass gatherings at various festive events. His proven framework of (15) multi-stakeholder + multidisciplinary technology and people-based ecosystem framework is being replicated worldwide for systematic innovation and entrepreneurship. He has been contributing as a (16) professional technology consultant to various leading IT companies to influence the user-centric design-interface and technology-solutions approach of the industry.

Contribution to the Society

His innovative technologies are being used by (1) 100+ million users across 150 countries. (2) National-International Government offices, NGOs, Private-Industries, the Corporate-world, scholars, and professionals are using his language technologies for daily needs of research work and translation. (3) Visually challenged communities are benefited by his developed speech synthesis technology for knowledge acquisition and personal growth. His language tools are making a significant impact (4) on the life of millions of students to fulfill their dreams of education. (5) Communities around the world are getting engaged in creative innovations with a growth mindset due to his ICT contribution. He has successfully engaged (6) 1500+ young innovators nationwide to solve grass-roots challenges and created opportunities for them. He is actively mentoring (7) 200+ rising innovators of 25 teams globally. (8) Linguist and subject experts are offered multiple sets-of-opportunities due to his language initiatives over the last 20 years. His public speeches and regularly written articles on science and technology have created (9) positive awareness to make better use of science and technology.

He has made his enthusiastic contribution of 10000+ hours by conducting lectures, training programs, and workshops at hundreds of schools/colleges/universities and government/private institutions nationwide on the topics of technology integration for solving real-world challenges, inclusive innovation, and social entrepreneurship. His contribution has inspired youth for innovation and to be self-reliant, resulting in the spread awareness in the field of science and engineering. He loves music, painting and biking and promotes by example.

Sunil Khandbahale in action at:

Articles are written by Sunil Khandbahale:

Talks were given by Sunil Khandbahale: